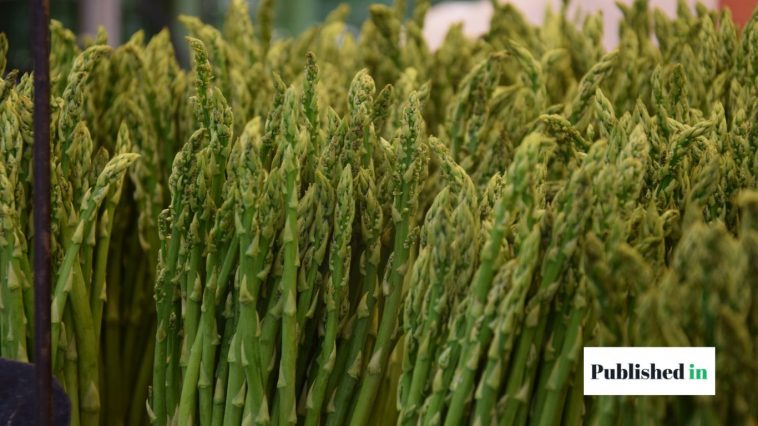 Asparagus is a perennial vegetable that can be grown in most parts of the United States. It is a hardy plant that will last for several years with proper care. Asparagus prefers full sun and well-drained soil. In Florida, asparagus can be planted in late fall or early winter.

Asparagus is a cool season crop that should be planted in Florida from late October to mid-November. The plants should be set 30 inches apart in rows 4 to 5 feet apart. Asparagus crowns (root system with growing buds) can be purchased from nurseries and garden centers. There are male and female asparagus plants. Male plants produce more spears than females, but both genders produce edible asparagus.

Fertilize asparagus at planting time and side dress (apply fertilizer to the soil next to the plants) when spears are 6 to 8 inches tall using 1/2 pound of 10-10-10 fertilizer per 10 foot row. Apply 1/4 pound per plant if not using a row method of planting. After harvest, apply 1/2 pound of actual nitrogen per 10 foot row or 1/4 pound per plant. Do not over fertilize as this will decrease spear production. Excess nitrogen produces excess foliage at the expense of spear production.

Harvest begins in the third year after planting for only 3 to 4 weeks then cease harvesting to allow the plants to build up their food reserves for next year’s crop. In subsequent years, harvesting may begin as early as February and end by early April but exact dates vary depending on weather conditions from year to year which affect spear development. Cut or snap spears when they are 6 to 8 inches tall before the tips begin to open into ferns. If allowed to grow too tall, the spears will be tough and woody making them unfit for eating fresh but may still be canned or frozen for later use in soups or casseroles. Once harvest is completed, allow the ferns to grow undisturbed until they brown and wither away naturally in late summer which signals they are done feeding the roots for next year’s crop..

Asparagus is a tasty addition to any meal and easy to grow in Florida gardens with just a little bit of effort. By following these simple tips, you can enjoy home-grown asparagus for many years to come!